Step 6: Saving Functions in the Library¶

In addition to having Reeborg making right turns, you might have had it turn around a few times; by turning around, I mean changing direction so that Reeborg is heading back to where it was coming from. We can define a function turn_around() as follows:

When programmer make use of a given function in different programs, rather than redefining it in each program they write, they put them in special programs called libraries and they have a way to ensure that their other programs can use the functions that are found in the library.

You are going to use the function turn_right() a lot! Instead of rewriting it each time, what you are going to do is to write it once (more) but, this time, instead of writing it in the editor with the Python Code tab, you will click on the library tab and write it there. Oh, and you should also define turn_around() there as well.

Then, when you want to use the functions defined in your library, you will simply type from library import (followed by the function names, separated by commas) on its own line in the Python Code editor. For example, if you have defined turn_right() in the library, you could type from library import turn_right, and you would now be able to use the turn_right() function anywhere in your code. See the example below:

If you want to, you can save yourself a few keystrokes by renaming the library tab when you import it. Consider the following example:

Although you may see it in some tutorials, you should avoid using wildcard import statements like from library import *. Although this imports all the functions in the library, it can cause problems with your code, since what you import may clash with existing code. This is sometimes called namespace pollution.

Open Step 6 on the Reeborg environment. 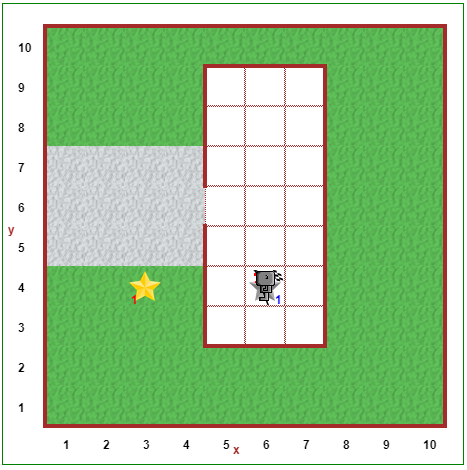