While learning how to program is fun, you should not spend all your time in front of the computer. When you are at home, if it rains, keep reading, otherwise, go outside and play!

Let’s rewrite the sentence that starts with if above:

Yes, Python includes the possibility of more than one choice with the keyword else. Let’s use it with another example. Reeborg can see if there’s a wall right in front him, using the function front_is_clear(). This can be used with if/else to write a program that will guide Reeborg around a rectangular world. Something like the following should do the trick:

Open Step 11 on the Reeborg environment. 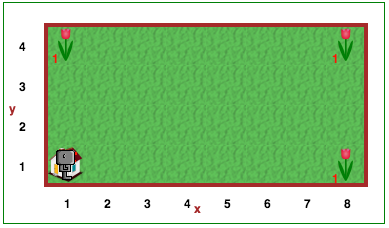 Reeborg wants to make some bouquets of flowers for it’s friends, Zoe and Eli. Reeborg has permission to take() tulips from some of his neighbor’s yards. Unfortunately for Reeborg, each of the yards is different. Reeborg does know that the yard will be rectangular, that it will take 23 steps to get around the yard, and that there will be a tulip in each corner of the yard.

Create a program to have Reeborg walk around the outside of the yard, picking up a tulip if it can, and moving ahead if it cannot. You must use a repeat 23: and if/else.

If You’re Having Trouble (a more detailed explanation)¶

We can represent this as a flowchart: 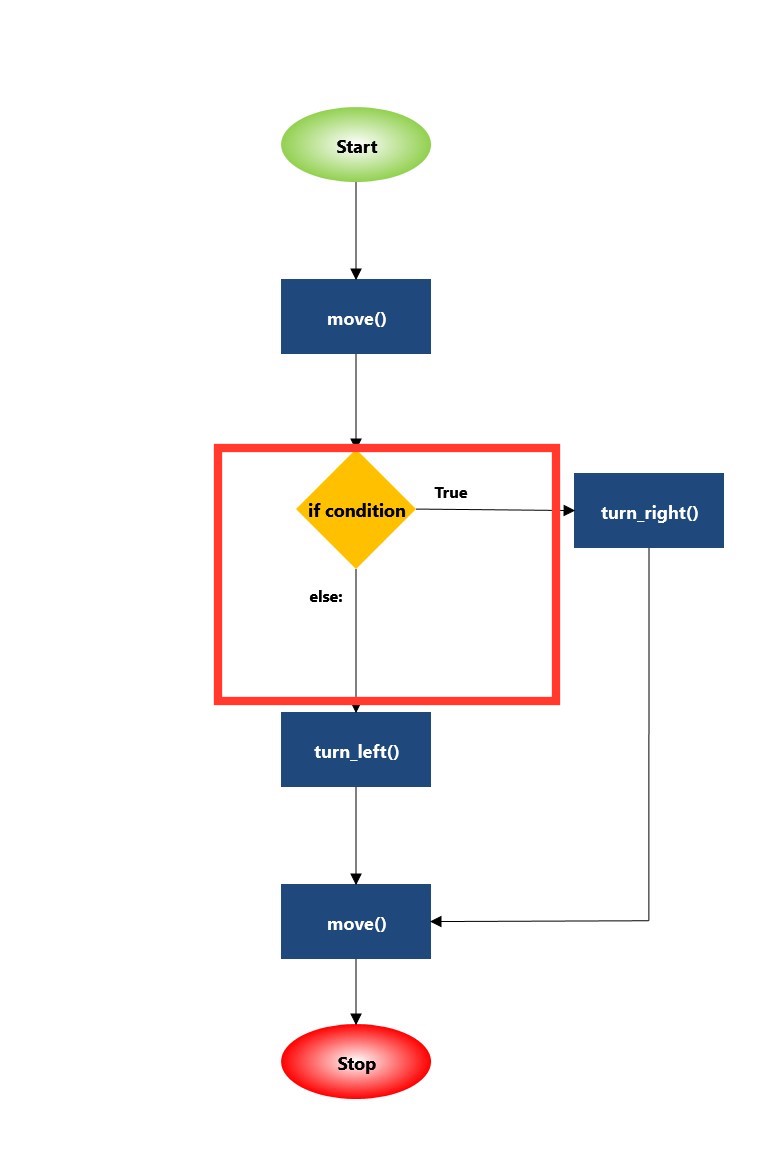